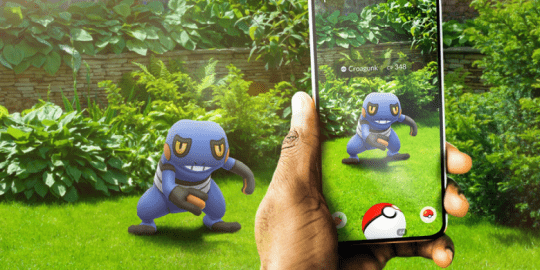 Pokémon GO is a smash hit. The game is an augmented reality game that allows players to capture, battle, and train virtual creatures, called Pokémon, who appear on the screen as if they were in the same real-world location as the player. Let’s have a look at 5 gams similar to Pokémon GO.

Ingress is a location-based, augmented-reality game.  In the game, players capture "portals" at real-world locations, which are then controlled by one of two factions. The game has a heavy emphasis on strategy and planning, as players must choose which portals to capture and defend.

Geocaching is a real-world, GPS-based scavenger hunt. Players use GPS coordinates to find hidden "caches" containing small treasures. The game is based on exploration, as players must often hike to reach the caches. Geocaching is a great way to get outdoors and explore new areas.

Minecraft is a popular, block-based construction game. Players can build anything they can imagine, from small houses to huge castles. The game has a large online community, where players can share their creations and download others'. Minecraft is a great game for creative players.

4. The Walking Dead: Our World

The Walking Dead: Our World is a game that is set in the Walking Dead universe. The game is very similar to Pokémon GO as players have to walk around to find different zombies to kill. The game also uses augmented reality to make the zombies come to life.

Ghostbusters World is a game that is set in the Ghostbusters universe. The game is very similar to Pokémon GO as players have to walk around to find different ghosts to catch. The game also uses augmented reality to make the ghosts come to life.

So if you’re looking for a game that will get you up and moving, here are five games that are similar to Pokémon GO.